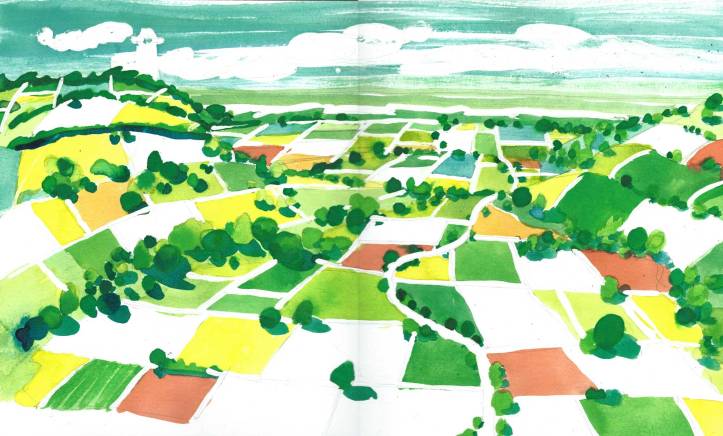 I am having *SO MUCH FUN* drawing birds’ eye view landscapes and playing about with ideas. Above (click to see larger) is as far as I’ve got with the latest one, actually physically on paper.

The plan is to collage some stamps onto it – the insomniac eBay shopping I mentioned in my last post – but although I’ve done this digitally, I haven’t yet taken the plunge and stuck them on for good, because I really like how it looks now. Eep. I might stick them on a transparent layer and take it from there. 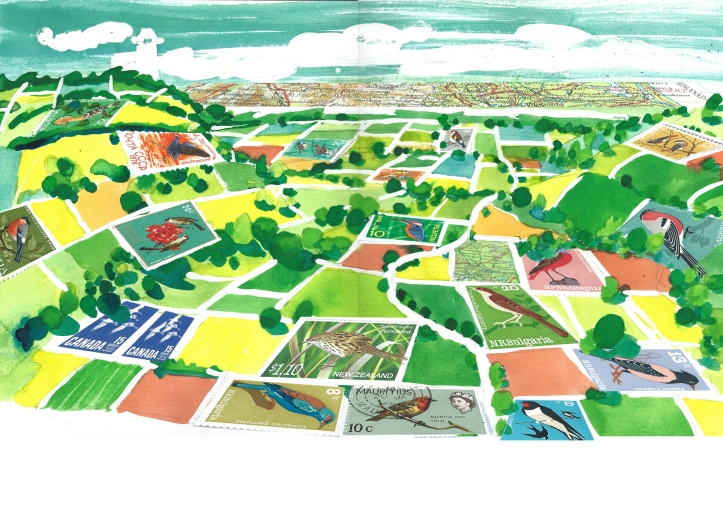 Here are a couple of blurry phone shots of the work in progress: 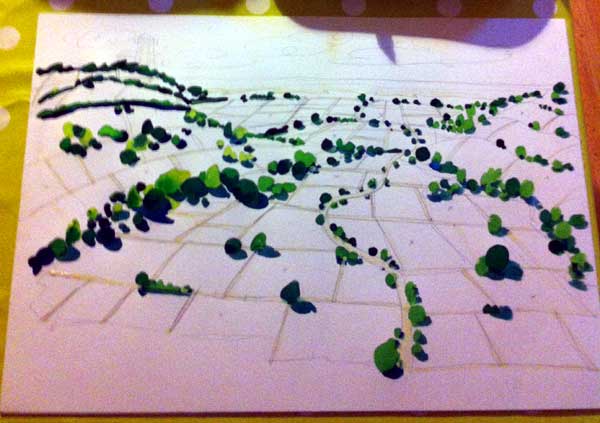 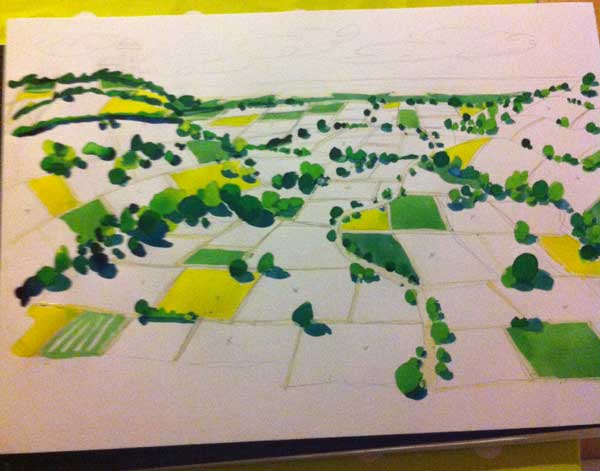 EDITED TO ADD: Here’s the ‘final’ piece – as it’s only an exploratory drawing it’s not exactly final as such, but it’s as far as I’ve taken it. I decided not to wimp out with a layer of acetate and stuck the stamps (ie stamp scans) down on the page. I experimented a bit with trying to bring out the perforations on the scanned stamp images: I tried a threadless sewing machine, and in the end settled for a not-very-realistic but symbolic frilled pair of scissors.

I dithered about that final piece of map leading off to the horizon, because I liked the image just as much without it, but in the end I liked the vision it gave of endless worlds to be explored.

I also cut round the various trees and bushes where the stamps overlap; perhaps I should have just painted them over for a neater finish. 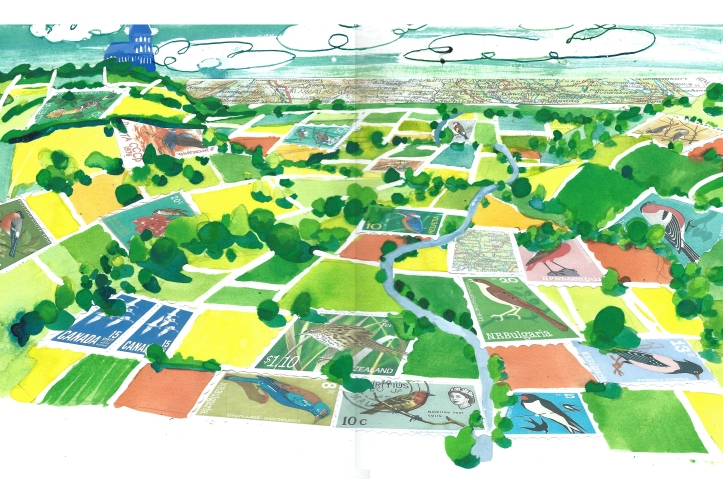